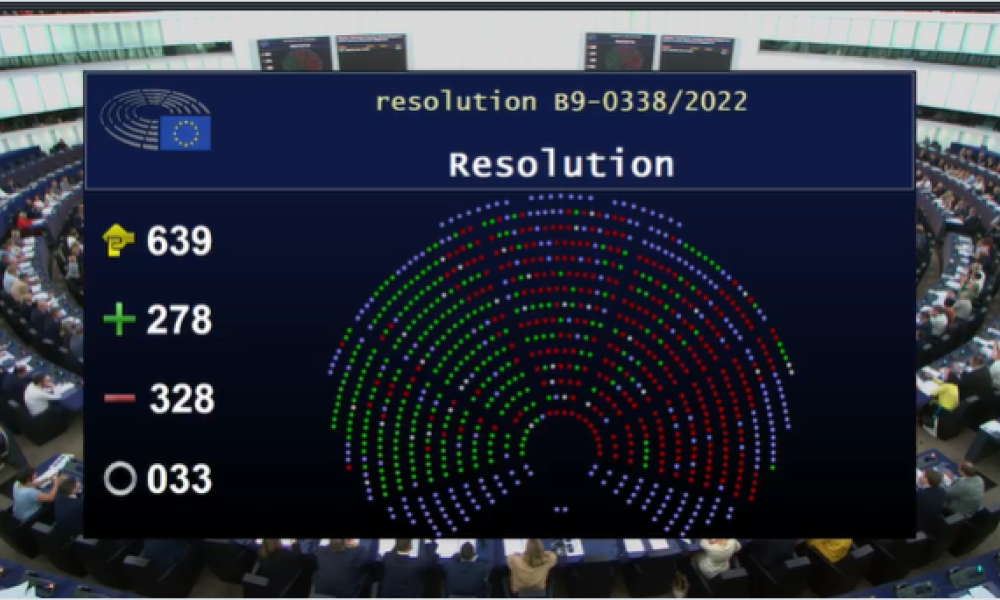 Irish Green MEPs Ciarán Cuffe and Grace O’Sullivan have criticised a vote in favour of labelling gas and nuclear investments as green, which took place today in the European Parliament. 278 MEPs voted in favour of an objection to the EU’s Taxonomy Climate Delegated Act, while 328 voted against the objection and therefore in favour of adopting the taxonomy. Moving forward, efforts to block the taxonomy are left to legal action promised by Austria and Luxembourg who say they will challenge the Commission decision in court.

“Today’s decision sends a dark and dangerous signal around the world. The European Parliament threatens its own position as a climate policy leader when it shows it cannot vote against a non-binding, voluntary system that goes as far as to suggest that gas and nuclear should deserve a green label. Energy lobbyists now see that many MEPs are willing to negotiate away our climate ambitions when faced with the slightest opposition. This decision also ignores the pleas of Ukrainians who have spent weeks warning about the billions Putin is set to make from this proposal, which will go towards funding his murderous war in Ukraine. It is to our great shame that we have failed to reject this proposal.”

“This taxonomy proposal from the Commission defining gas as a ‘green investment’ is moral and economic madness. As the vote came in, young activists who had gathered in the Parliament from around Europe to protest the decision cried out against this betrayal of climate action. This vote will not stop our work in Europe for a rapid and fair energy transition and a true European Green Deal. We owe it to ourselves and to our children.”

The EU’s definition of sustainability is also being dealt with in another piece of legislation this week, MEP Cuffe highlighted. Parliament will vote this Thursday on an expanded EU definition of Sustainable Aviation Fuels (SAFs) that would allow unsustainable fuel sources, such as palm oil by-products, and some food crops, to count towards EU SAF targets. The Greens/EFA and major European airlines represented by Airlines for Europe are calling for Parliament to support the original SAF definition proposed by the European Commission instead.