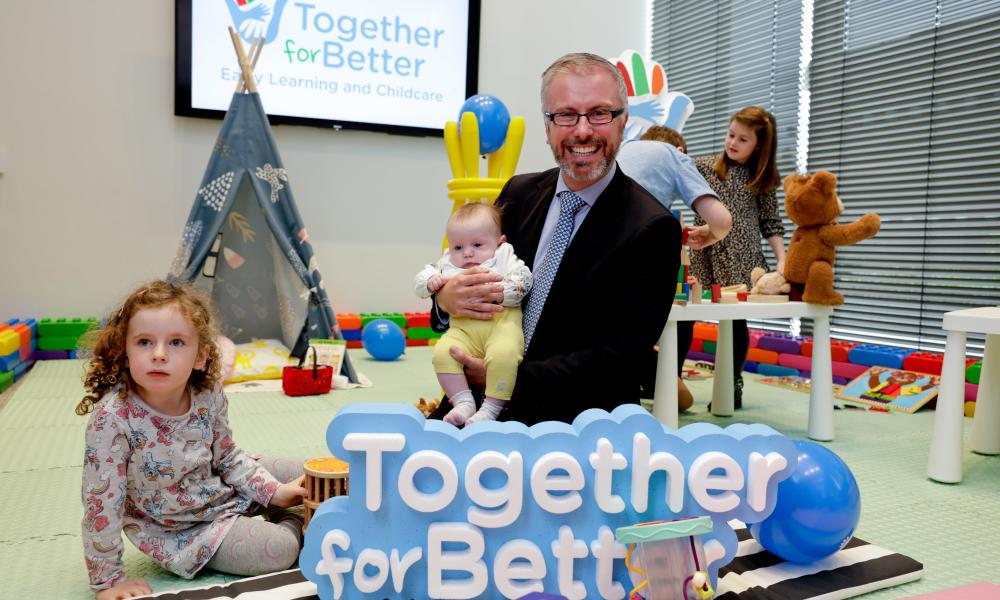 The cost of childcare for parents in Ireland will be cut by an average of 25% thanks to increased subsidies that kick in from today, Minister for Children Roderic O’Gorman has announced.

The Green Party minister secured funding in Budget 2023 to increase the minimum subsidy for registered early learning and childcare from €0.50 per hour to €1.40 under the National Childcare Scheme.

The change means that a family that were previously in receipt of the lowest level of financial support will now be in line to save an additional €2,106 off their annual childcare bill.

At the announcement Minister O'Gorman said;

“I’m delighted to see this significant reduction in childcare fees take effect from today. Childcare was a neglected part of Irish life for too long but the Green Party was determined to change that once in government. Having secured a freeze in childcare fees last year, I was able go a step further and cut them by an average of 25% this year. Next year, I want to go even further by continuing to cut costs for parents.”

The increased subsidies for parents have gone hand-in-hand with greater funding for childcare providers in recent years as well as an improvement in pay and conditions for childcare workers. These have encouraged providers to increase capacity while also encouraging staff to stay in the sector.

“No-one should be financially penalised for having children and the Green Party is determined to bring Ireland more in line with other European countries where couples get all the help they need to become parents. We’ve made a very strong start over the last two years and aim to go even further next year.”

Parents can find out more about the increased subsidies under the National Childcare Scheme by visiting ncs.gov.ie or calling the Parent Support Centre on 01 906 8530 or talking to their early learning and childcare provider.