​​​​​​​“Immediate measures needed to protect families and businesses against the fossil fuel crisis; while renewables and energy efficiencies must be fast-tracked.” 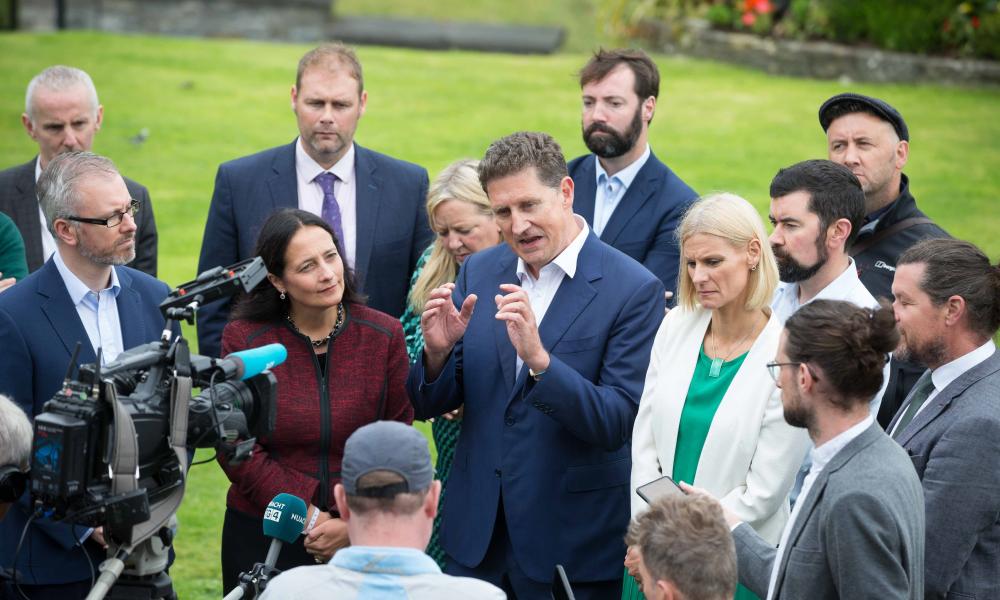 The Green Party has today (Saturday 10th September) kicked off their annual think-in at the Falls Hotel in Ennistymon, Co. Clare.

The party are coming together to discuss a coordinated response, at both national and local level, to the cost of living and fossil fuel crisis for the year ahead. There will be a focus on immediate measures in the coming budget to protect families and small businesses; as well as longer-term transformative measures including the accelerated roll out of renewables, continued reductions to public transport fares and significant cuts in childcare costs.

“As a country and as a member of the European Union, we have a difficult year ahead of us. We cannot shy away from the fact that Putin is weaponising energy and fossil fuels in Europe as his war on Ukraine continues and we are facing into one of the most challenging winters in a generation.

“That being said, the Green Party in government are facing this challenge head on. With the budget brought forward to the end of this month we are focussing on immediate measures that will help protect families and small businesses over the coming winter and year ahead.”

The Green Party think-in comes on foot of this week’s publication of the Climate Change Advisory Council (CCAC) annual report, which calls for increased targets for wind and solar renewable electricity.

“While a response to the immediate difficulties people are facing this winter, short-term measures are not enough. The reality is that expensive fossil fuel is going to become the new normal across the globe. We need to look to the future with this in mind. We have already achieved 40% wind-generated electricity in Ireland, and with new reforms signalled yesterday at the EU level, this will help to contribute to an overall reduction in energy costs as gas prices continue to escalate.

“We have to fast-track investment and resources in wind and solar to secure our energy independence and create an Ireland 100% powered by renewable energy. The Green Party has been calling for this for over forty years. We are now the agent for change in government, and with current extraordinary global market pressures, we will be driving long-term transformative measures including the accelerated roll out of lower-cost wind energy and solar panels. This along with retrofitting measures across half a million homes in Ireland, will make real long-term impact on our energy security and efficiencies.”

“The current fossil fuel crisis impacts all sectors of society. Within my own brief, I announced this week a Basic Income for the Arts pilot scheme to bring some financial security to 2,000 artists and creative workers over the next three years. With so much uncertainty in the world now including the war in Ukraine, the climate crisis, and huge cost of living increases, we need the arts more than ever to help inspire us to imagine and create a better future for ourselves.

“But this is a difficult time for everyone. We need to look at further supports for businesses across many sectors, particularly those with higher energy costs who are vulnerable to the crisis. This will help to protect employment.

“As we have welcomed tourists back to Ireland post-covid, I am also putting a special focus on sustainable tourism. I am delighted to be in The Falls Hotel, Ennistymon today where we see an example of a carbon neutral business running on its own hydro-electric turbine. Of course, this is not an option for every business, but it is innovations like this that will inspire business and tourism of the future as we tackle both the climate and energy crisis.”

“Apart from energy costs, we are unfortunately facing into an overall increased cost of living. The Green Party is doing everything we can in government to bring about long-term improvements and make sure there is money in people’s pockets.

“I want Ireland to be the best country in Europe to raise children by transforming the childcare sector. I secured a freeze in childcare fees in the last budget as well as announcing an historic pay deal this week, which will see an increase in wages and job security for childcare workers. I am now working with my department to halve the costs of childcare over the next two years.

“Other practical and immediate measures which the party are working for includes the delivery of safe and affordable transport for every town and village in Ireland. We want to extend the recent reductions to public transport fares. We introduced a permanent 50% cut in public transport for 17-24 year olds earlier this year which has been very successful and will have a big impact on costs for students as they start or head back to college this month.”

The Green Party in government are facing this challenge head on. With the budget brought forward to the end of this month we are focussing on immediate measures that will help protect families and small businesses over the coming winter and year ahead.