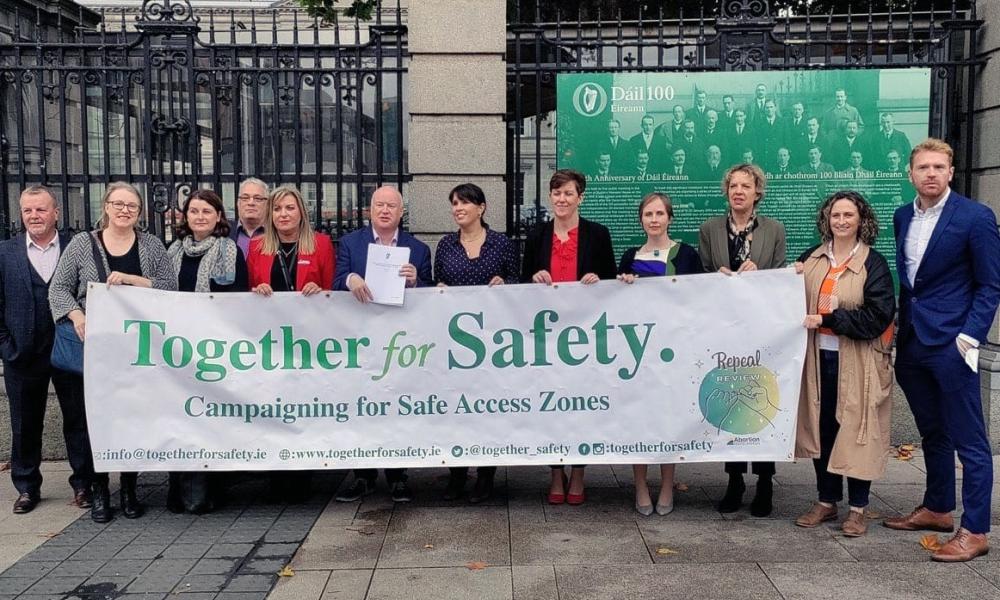 The Green Party welcomes today’s (12th July) comments from Health Minister Stephen Donnelly that anti-abortion protests will finally be banned outside maternity hospitals and clinics providing termination of pregnancy services. The new laws are due to be prioritised for fast tracking through the Dáil and Seanad this Autumn and are expected to come into force later this year.

Senator Pauline O’Reilly, who co-signed the cross-party Seanad Bill drafted by the Together for Safety campaign and introduced to the Seanad last year, stated;

“The introduction of safe access zones to protect women and staff from intimidation at healthcare facilities that provide abortion care, can frankly, not come soon enough. Current laws do not protect pregnant people from the silent protests that take place around the country outside GP practices, clinics and hospitals and that have been shown to be greatly intimidating.

The Green Party pushed for a commitment to establish exclusion zones around medical facilities as part of the Programme for Government negotiations and I was proud to co-sign the Together for Safety Seanad Bill introduced last year, as part of a cross-party initiative. I welcome today’s announcement from Minister Stephen Donnelly that the new legislation will finally be progressed and look forward to it’s introduction later this year.”

The Safe Access to Termination of Pregnancy Services Bill 2021 will enforce 100 metre Safe Access Zones around all family planning clinics, maternity hospitals and other health care facilities in Ireland which provide or give information on abortion.

“As a country, we still have a lot of work to do in prioritising women’s healthcare, not least improving access to abortion services at all stages of pregnancy. The fact that a high proportion of parents facing diagnosis of fatal foetal anomalies are forced to make a decision about travelling abroad for abortion or continuing with the pregnancy in Ireland cannot go on. Medical professionals also continue to be put in a very difficult position legally in these cases. I will be continuing to work with my government colleagues to improve access to abortion services.”

The Green Party pushed for a commitment to establish exclusion zones around medical facilities as part of the Programme for Government negotiations and I was proud to co-sign the Together for Safety Seanad Bill introduced last year, as part of a cross-party initiative.