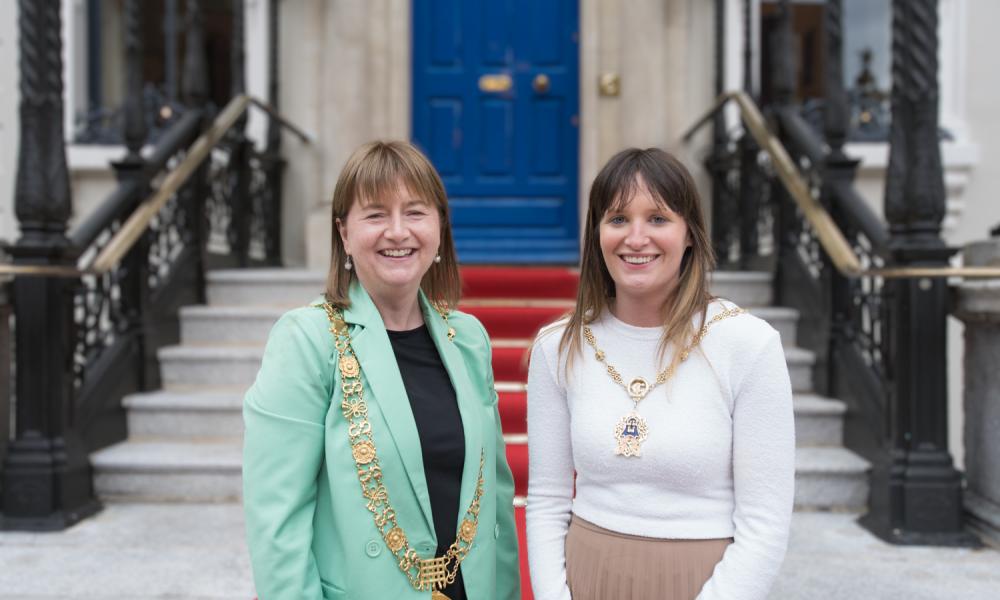 Green Party Councillor Caroline Conroy was this evening (27th June) elected as the 354th Lord Mayor of Dublin at the annual meeting of Dublin City Council in City Hall.

Following her election, she set out her priorities for the year ahead with her focus on giving voice to young people and rebuilding biodiversity within the capital.

The Lord Mayor and Councillor for Ballymun-Finglas said;

“I’d like all young people in this city to grow up as an integral part of the city, proud of their identity, proud of their community and their city. I want to focus attention on our Youth, to hear their voices, to include them in our public amenities, to change the negative narrative around our young people, to build better relationships between our young and old. Let’s make this a youth-friendly city.

“Secondly, I’d like to focus on biodiversity. It may sound strange but growing up in Ballymun we were immersed in nature without thinking about it. We had wide green spaces nearby, we had fields, we had orchards, we had long grass.

“However, as Dubliners we all can see this has declined. Being so far removed from nature has consequences for us. It affects our wellbeing, our air quality, our food, our drinking water our mental health. So, I also want to highlight and work on initiatives that will make our city a better, cleaner, fresher, a liveable City.”

Lord Mayor Conroy is only the 11th woman to hold the office of the Lord Mayor of Dublin and succeeds Councillor Alison Gilliland.

Caroline has been an amazing advocate for her community, and I know she will bring that passion and vision to the role of Lord Mayor - Green Party Leader, Eamon Ryan

“I am honoured to be working alongside Caroline, together we will use our different life skills, experience and passion to work in unison towards a shared green vision for Dublin.”

“I want to congratulate Cllr Conroy on her election as Lord Mayor of Dublin, it is an incredible honour. Caroline has been an amazing advocate for her community, and I know she will bring that passion and vision to the role of Lord Mayor.

“This is an important moment for our capital, as we move on from the pandemic. I believe now is the opportunity to invest in making Dublin a more liveable and sustainable city for the benefit of everyone and I believe Caroline has the vision to make this a reality”

Cllr Conroy grew up in Ballymun and lives in Glasnevin. She is married and has three children. She is a member of the Green Party, having been elected to Dublin City Council (DCC) in 2019, representing the Ballymun-Finglas local electoral area. She also serves on the Executive Committee of the Green Party.