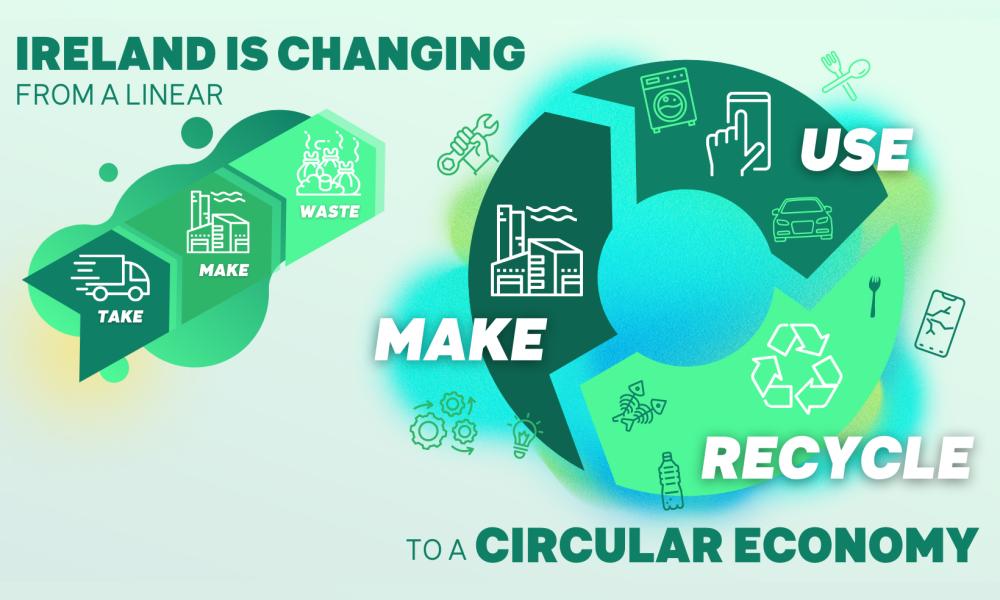 Minister of State and Green Party TD Ossian Smyth, today welcomed the passing into law of the Circular Economy Act.

These new laws are the completion of several commitments secured by the Green Party in the Programme for Government relating to waste, resource use and the circular economy.

Key elements of the new law include:

“Many of the provisions in this act are measures that the Green Party have been pushing for, for a long time.

“These measures, when taken together, will work to shift businesses, retailers, and consumers, off the current damaging and wasteful throwaway model to something more sustainable. This is simple stuff but it stands to have a huge impact.

“By cutting down on disposable items, tackling dumping, and forcing the segregation of all waste, this law has the potential to divert hundreds of thousands of tonnes of material from landfill and incineration.

“This new law will also keep the circular economy and tackling waste on the political agenda by demanding the regular updating of the Circular Economy and Food Waste strategies.

“Lastly, I want to welcome the new Circular Economy Fund, which will take the money made from environmental levies and recirculate them to environmental and anti-waste initiatives. This is really an evolution of the Environment Fund which has been providing funds to environmental NGOs and other projects for many years. I’m glad we can now help put that funding on a more secure footing.”

This Act underpins Ireland’s shift from a “take-make-waste” linear model – to a more sustainable pattern of production and consumption, that retains the value of resources in our economy for as long as possible. This approach will also significantly reduce our greenhouse gas emissions.

In a circular economy, waste and resource use are minimised. The use and value of products and materials is maintained for as long as possible. When a product has reached the end of its life its parts are used again and again – to create further useful products, instead of being discarded which is an all too familiar pattern now.

The Act recently passed its final stages in the Dáil, and received broad cross-party support to introduce levies on all single-use packaging over time and where more sustainable alternatives are available.

The final version of the Act now comprises more social protections, including measures to protect low-income households and people with disabilities.

“By cutting down on disposable items, tackling dumping, and forcing the segregation of all waste, this law has the potential to divert hundreds of thousands of tonnes of material from landfill and incineration." - Minister of State Ossian Smyth